[From the archives 2013] My love affair with Glastonbury Festival ♥

With the Glastonbury blues still strong and whilst I’m putting together my post about this year’s festival I thought I’d share this one from four years ago on my old blog… My 20 year old self’s musings on Glastonbury aren’t too different from today! 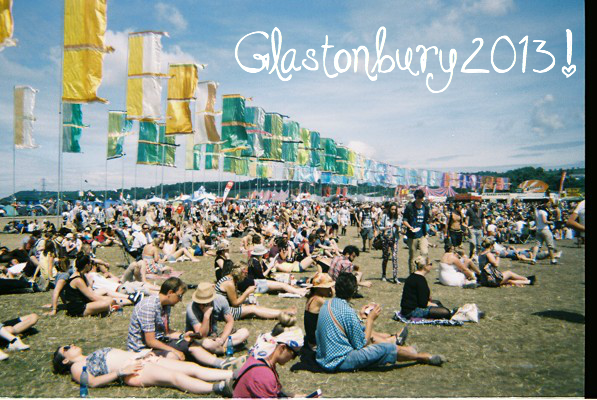 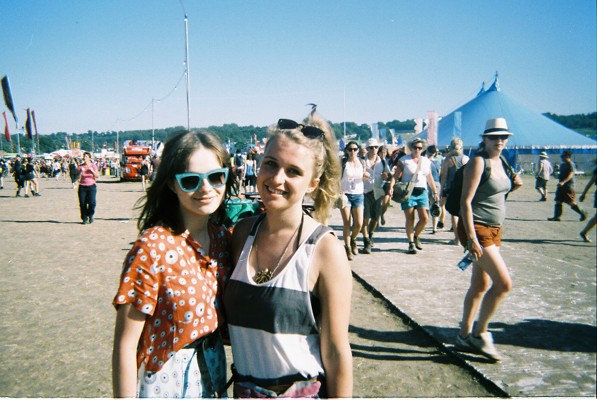 I’m sitting at home in Devon wrapped up in a blanket with a horrible snotty nosed cold, being miserable about the approaching end of summer and the fact that I’ve somehow got no more festivals to go to. So I thought, as I didn’t write about it at the time, I’d have a little reminisce and tell you about my Glastonbury experience this year.

You may have gathered from my recent posts that summer time is festival time for me. Glastonbury tickets come on sale ridiculously early in October time and they all go ridiculously quickly too. In October 2009 I was desperate to get one. I was sixteen, had just started sixth form and somehow couldn’t find a SINGLE PERSON to go with but spent two hours on the computer refreshing and stressing and bought a ticket anyway! I went in June 2010 with one guy I sort of knew and all his friends (who I now go to pretty much every festival with now!) and had one of the most incredible weekends of my life. 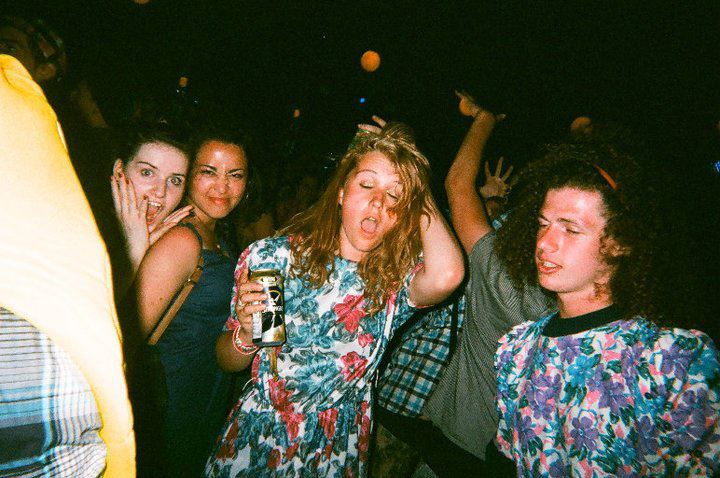 With Jake at my first Glastonbury in 2010!

Originally I hadn’t been too keen on the idea of Glastonbury after seeing it on the television; it looked too busy and commercial I assumed it was the same kind of thing as Reading or Leeds but my original misconceptions couldn’t have been further from the truth. My first Glastonbury in 2010 was magical. I stayed up all night on the Wednesday to watch the sunrise with strangers (only to realise it was too misty to see), lead the Big Easy Jam tent with only a cowbell and a distinct lack of musical talent, laughed at my friend who cried for two hours after watching Faithless because he was so happy, came out of the Swaparama at the Pussy Parlure with no friends but somehow wearing a banana suit and cried when I finally got to see Laura Marling for the first time on the Park Stage as the sun set. 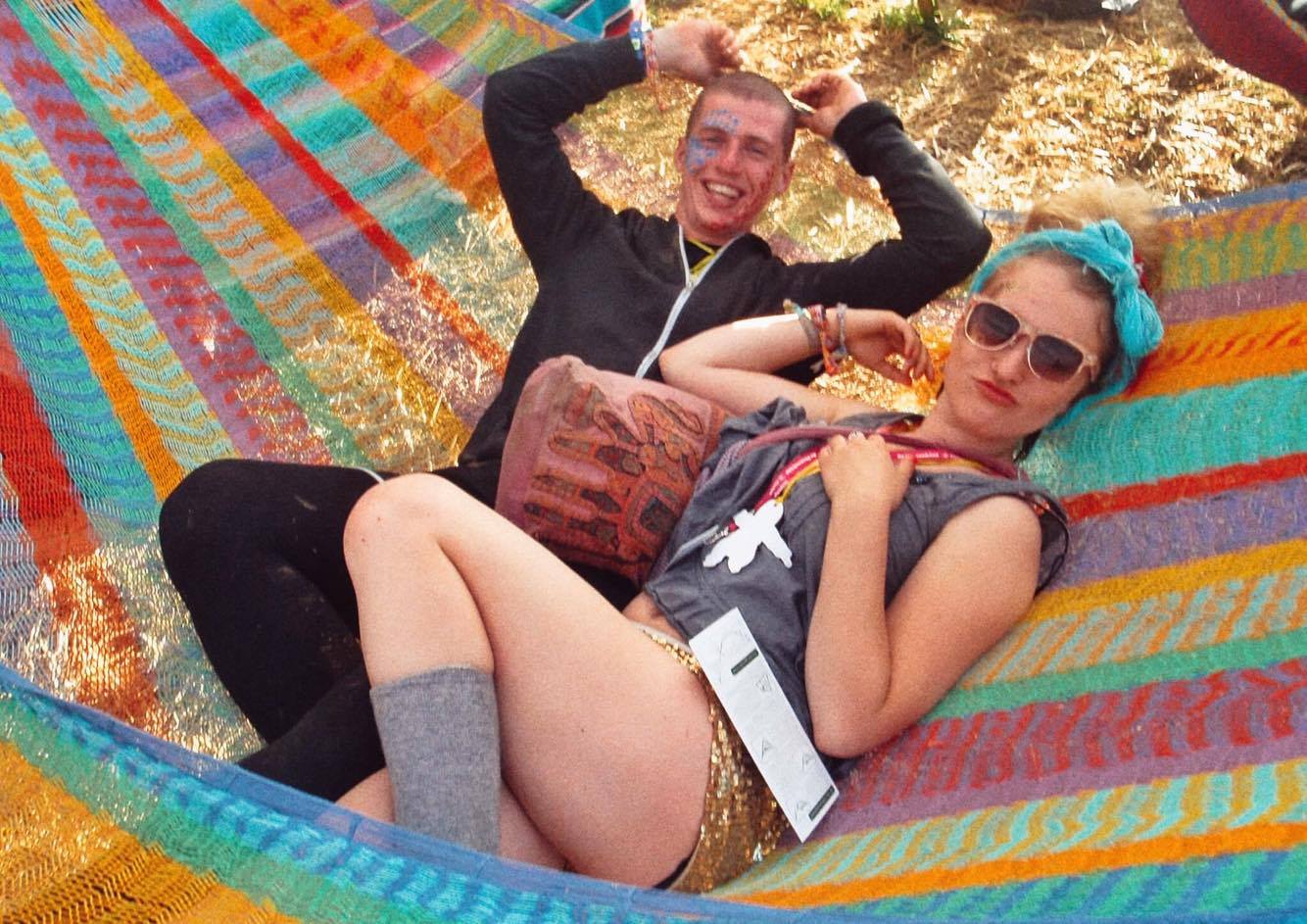 In 2011 I was unsuccessful in getting a ticket but got a place stewarding for Oxfam. Luckily I got amazing shifts and still got to see loads of the festival. Highlights from that year were managing to stumble upon a secret Fatboy Slim set where I shook his hand, seeing Jessie J on Sunday afternoon and crying with joy (yeah… I don’t even know!?), chilling with some of Radiohead inside an old aeroplane, meeting some more amazing people, jumping on a giant heart-shaped velvet bed in a secret room in Shangri-La and ending the weekend watching Beyonce on my own after having about three hours sleep in fifty, swaying with tiredness and eventually falling asleep in front of a fire at Strummersville. 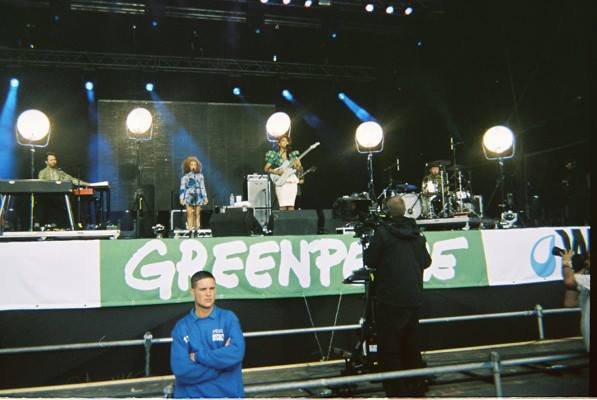 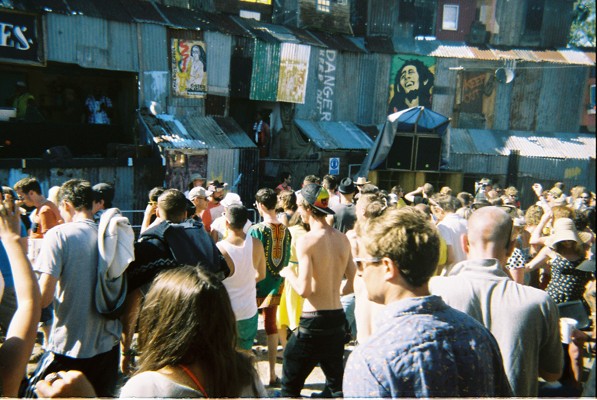 The Blues stage which I worked at two years after… 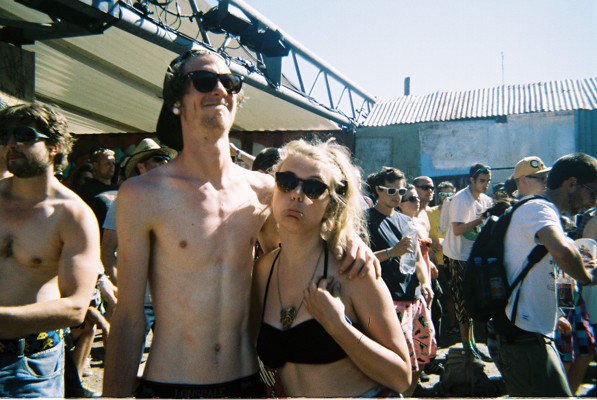 This year was very different as I was working at the Mexican every day of the festival. This did however mean that I got to get there on the Monday and it was amazing to see the site with no punters for three days and witness how much was going on even before the festival started. I didn’t see much music but my highlights were the Arctic Monkeys, Lianne La Havas, who was stunningly beautiful as per usual and, for something a little bit different, the Gyuto Monks of Tibet who I stumbled across on the Toad Hall Stage. The whole dance village was transformed this year and we enjoyed dancing to a bit of dub in the sunshine at the little shanty town area “The Blues”(above).

On the Friday night unfortunately some of my friends couldn’t quite hack it and I’d lost the ones who could so I had to explore my favourite place Shangri-la on my own. It was incredible again this year, with a new concept “the Shafterlife” and heaven and hell themed areas. The organisers never cease to amaze me with their incredible originality and creativity; early Saturday morning I found myself sitting in a furry pink pod surrounded by mutant fluffy toys (like a shark with a monkey’s head) with a load of total strangers. I want to be part of the design team there!! As you may have gathered by now, these disposable camera pictures don’t quite capture Glastonbury properly. 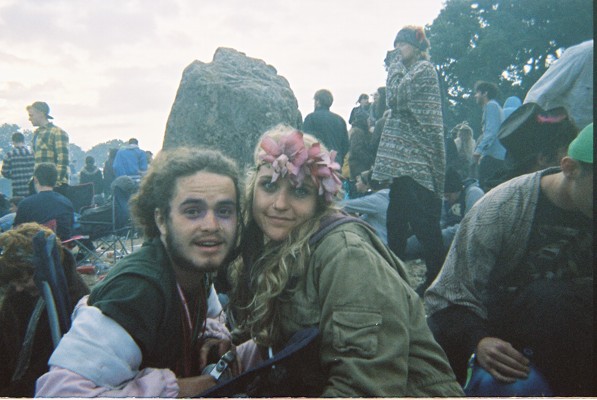 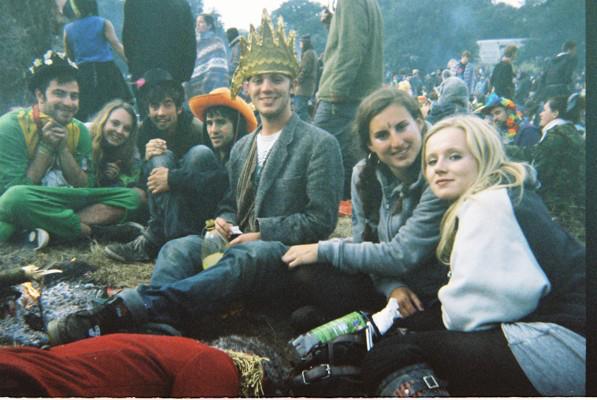 We finished up the festival watching the sun come up at the stone circle Monday morning, anticipating next year and hoping to actually get tickets this time. What are your favourite festivals? Did you go to any this year? 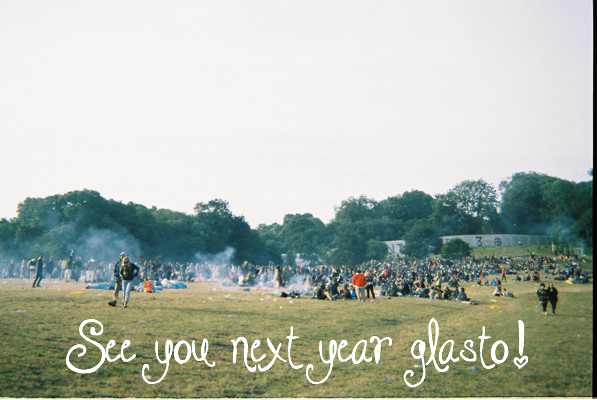 That Festival Guide to… Noisily Festival, UK
← FESTIJUMBLE at Rave on Avon with Bzzaar 5 things to do for the LAST EVER time at the LAST EVER Secret Garden Party →