I’m back in Bristol picking the very last bits of mud and glitter out of my clothes, wondering when it suddenly became Autumn and finishing the mammoth task of approximately a billion blog posts that haven’t made it past the draft folder because i was too busy frolicking in fields to write any of them…

🚀Classic end of festival season gushy post alert! 🚀Rubbish cheesy wristband photo because this was the first year I decided to take them all off… (but really missed them and will probably be returning to the crust life next summer) I had a slightly shorter season this year with only 9 festivals… but 10 if you count the one in way back in Jan! 🌞 So many exciting things happened this year – my new @dulciesfeathers range has nearly sold out, I finally got a studio and I was given some really amazing shiny new media/marketing/PR/Social media/production roles… Thank yooou to everyone who gave me opportunities in my first year of adulting… @goat_festival, @thisisnowagency, @meadowsinthemountains, @_thefashpack & @boomtownfairofficial ❤️ Now I'm settling back in the Bristol rain with a full time dream job in the Boomtown offices & my eyes on @magneticfieldsfestival or @wonderfruitfestival in December…? 👀😯 Photos and sparkles galore will be up on my #ThatFestivalLife blog very soooooon! Huge love to all my festival family I crossed paths with this summer… muddy fields never get old with you guys in them XXX 🌞🌞🌞🌞🌞🌞🌞 #FestivalWristbands #Festivals #UKFestivals #FestivalCrew

It has been another great festival season. I did ten in total this summer, so actually couple less than usual!

I worked on the PR and marketing teams for two, had a stall at three and was lucky enough to go as a guest to another five… I had some sad camera malfunctions over a solid month of my summer so some festivals haven’t been covered for the blog – but there are still plenty of posts to come!

See which festivals I hit up this year in my ‘Essential Festivals Summer 2017 Guide’.

1 ○ Saying goodbye to Secret Garden Party! I wrote a post about what you should do at the Last Ever Secret Garden Party it before I went… some photos from that mad weekend are coming soon… all the moments I couldn’t get photos of were probably better though!

2 ○ Shambala with the Fashpack was glorious, maybe even the best yet… the sunniest, sparkliest weekend in Cloud Cuckoo Land ever.

3 ○ Painting and sparkling up all of the faces with The Fashpack at Love Saves the Day, Shambala & Bestival.

4 ○ Not working at Glastonbury for the first time in aaaages was pretty special – it’s not gonna be on next summer so who knows what’s on the cards?!

5  ○ Meadows in the Mountains brought something fresh and unreal to my festival season yet again. Working with that team is an absolute dream and there is literally nothing you can compare to being in the remote Bulgarian mountains for a festival – how’s that for a sunrise…

A post shared by Meadows in the Mountains (@meadowsinthemountains) on Aug 5, 2017 at 4:00am PDT

6 ○ Mum & Dad fest… I went to three festivals with my parents this year!? Glastonbury & Wonder Fields with both of them and just my mum to Port Eliot. My mum even had a festival themed birthday party a couple of weekends ago – that sort of counts right?

7 ○ Curveball here and not technically a festival but…. Guns ‘n’ Roses at the Olympic Stadium in June was hands down the best night of my year! \m/

9 ○ Battling the conditions for a surprisingly marvellous & colourful Bestival!

10 ○ Dulcie’s Feathers on tour! My clothes went to more festivals than me this summer and were sold on my friends’ stalls at Noisily, Leopalooza and Wilderness to name but a few.

11 ○ Aaaand working at Boomtown again and subsequently getting my dream job working for then all year round! Watch the after-film below if you want to have an idea of just how exciting this is…

Keep an eye on the blog for more photos and festival round-ups from this summer… you can give me a follow on facebook, twitter or bloglovin‘ to keep updated on when a fresh post is published! x

You may also enjoy:

END_OF_DOCUMENT_TOKEN_TO_BE_REPLACED 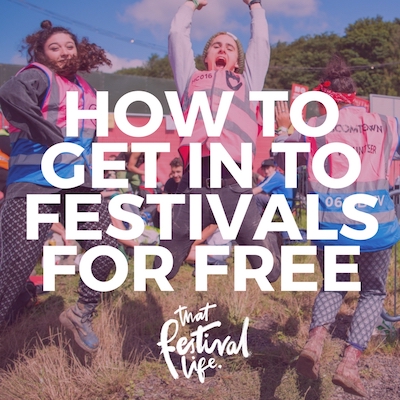 Peep the most popular posts

ThatFestivalLife.com uses affiliate links. This means that sometimes if you click through to a shop & buy something I get a commission from that sale at no extra cost to you. This helps towards the costs of running this site & I will never link to things I don’t genuinely love ❤