On my first trip to India in 2017 my fourth stop was a visit to the lovely beachy area of Gokarna in north Karnataka.  I happened to be there in mid-February and some pals I met told me I had to stay for the Shivaratri festival, as a temple town predominantly dedicated to Shiva, Gokarna was apparently the place to be for it…

Maha Shivaratri which translates to Great Night of Shiva (or Shiva’s birthday as I was inaccurately calling it) is a Hindu festival held in honour of the God Shiva. In Gokarna it is celebrated over many days with many quirky traditions – culminating in pulling this incredible decorated sculpture (above) along the street and throwing bananas at it!

I found it hard to cut down any of the gloriously colourful snaps from this trip so this post is pretty picture heavy… plus make sure you scroll down to get right up in the action with a video!

When we visited town a couple of days before the main parade we got to see people creating the incredible sculpture that would be pulled down the street… look closely at the guys building it for the scale of the thing! We got very mixed up with the dates of the actual parade, this was because it actually spanned quite a few days including pre-celebrations.

The date for Maha Shivaratri Festival in Gokarna in 2020 is 21st February.

Whether this will be the day of the parade in Gokarna – I have no idea. It changes every year according to the Hindu calender. Your best bet is to ask plenty of people in the area when you’re there!

On the night before the procession, we popped into the town for the evening where hundreds were queuing to perform their Pooja (giving offerings) at the various temples around the town…  there was definitely a party buzz in the air with everyone in their finest saris, extra stalls outside shops, people selling balloons and a fair by the beach.

Quite early on the day of the festival we got the boat over to town from where we were staying on Om Beach.  There were heaps of shops selling bananas at a vastly inflated price just off the main street and we all stocked up on plenty to throw – again we had trouble finding out timings even after asking plenty of people what the time of the event was, we nearly missed the parade! 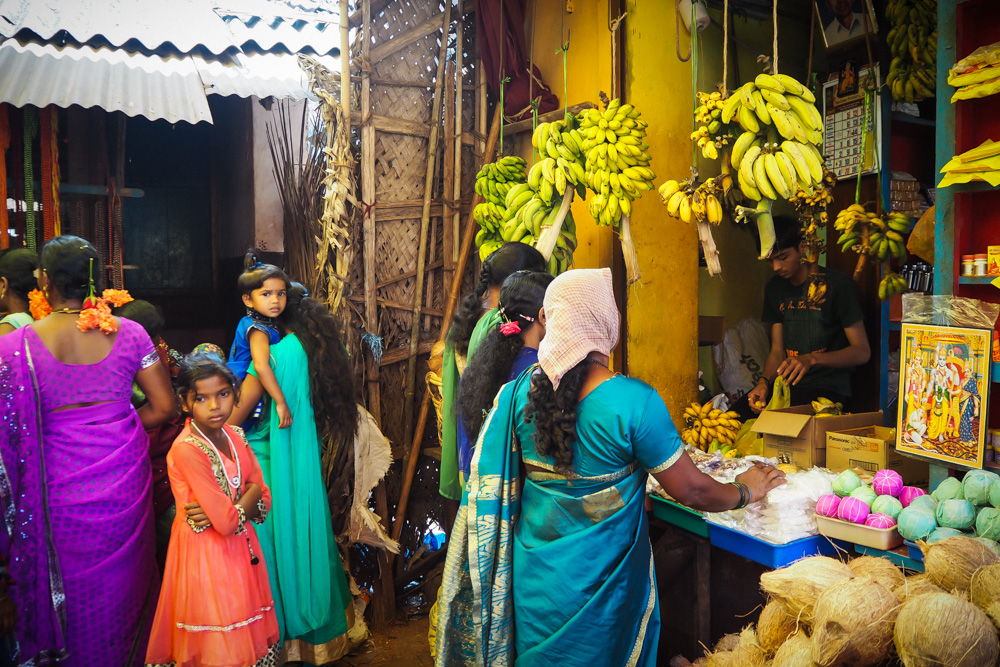 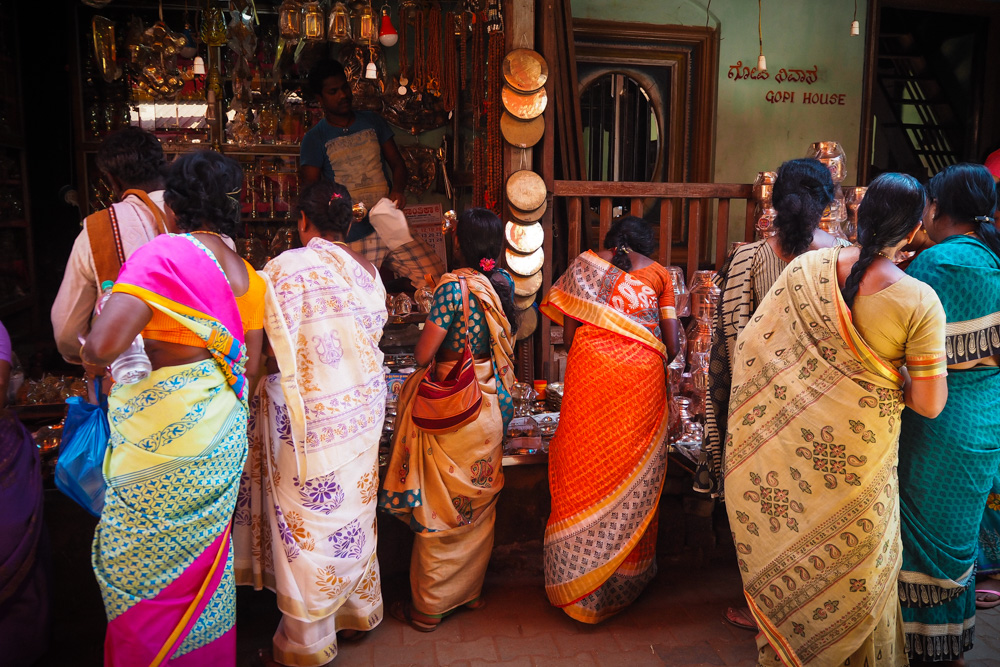 Getting in the thick of it at Shivaratri!

Sorry for the overexposed video quality, it’s not my forte, but watch this if you want to get an idea of the atmosphere!

This is the cart being pulled back to its starting place as the crowd do a load of chanting, there’s drummers drumming, my friend Will expresses a half-hearted desire to pull the cart himself (and does nothing about it) some kind of water fight ensues, Dave gets within close range and goes in for a serious pelt with a banana and misses the target spectacularly….!

At 1.30 the cart comes right past us including the Indian police force taking care of the situation in their full khaki sari/cowboy hat regalia,  the huge wheels roll past us and bananas rain down on our heads, foul language ensues (*definitely not me, please mute at this point gran 😉 )…. aaand finishing with a real nice slow zoom into the boys inside structure at the end!  (#TravelVlogging 😉 )

After the cart passed us we got right up into the fray…  it reminded me a bit of an Indian version of Hatherleigh Carnival which is a weird old traditional event in my hometown in England which I might tell you about next year! It was very warm, crowded and sweaty with guys jostling from all angles to try and get a good banana throw in. It was amazing people watching with the crowds not just on the street but lining all the balconies above too and the air had the distinct smell of a hot banana smoothie.

Crowds watching from the balconies

Most importantly – be aware that this isn’t a tourist attraction. It’s a religious festival and very important to the local Hindu community… so be respectful, cover up your shoulders etc.

Do your research when you get there – find out when the parade is, we got very confused and nearly missed it despite chatting to several locals – I can’t even figure out exactly when it is this year!

Remember you can get the boat over! We were staying on Om Beach (more detailed blog posts about Gokarna soon…??) and usually got a tuk-tuk into town but it worked out the same price with a big group of us sharing a boat ride… way more fun too!

Be warned if you’re not a fan of pushy crowds and heat! Think about trying to get up onto a balcony to watch if this is the case.

Take a breather out of the hustle and bustle at Mahalakshmi rooftop cafe and treat yourself to a nice cold lassi – so thick the spoon stands up!

Want to read about more festival in India?

I love India. I’ve traveled there for a total of seven months over a couple of trips – if you’re planning a trip there you can read about my experiences at Indian music festivals, Sunsplash Goa and Magnetic Fields or you can read more about my thoughts on the cultural festival Holi & how it is celebrated in Pushkar.

Have you ever witnessed any amazing cultural traditions like this? Let me know about them in the comments!

Landing in Mumbai, My First Days in India
← One love at Goa Sunsplash Reggae Festival '18 That Festival Guide to... Meadows in The Mountains Festival, Bulgaria →