10 Reasons Why Shambala Might Just be the Best Festival Ever…

Shambala, Shambles, Shamblabla! In Tibetan Buddhist tradition ‘Shambhala’ is a mythical kingdom… so I think a rather fitting name for this glorious little festival. I’ve been going to Shambala* Festival in Northamptonshire every August bank holiday since 2014 but these self-proclaimed ‘Adventures in Utopia’ have been happening for 20 whole years now!

I’ve never actually done a review/guide of Shambala (apart from this Shambala in photos post back in 2017!) like I try to do for most festivals I attend, which I think is for two reasons; firstly because everyone gets understandably a bit precious about keeping the Shambala secret safe… and secondly because it’s at the end of summer and I want to sleep for about month by the time we get that far through the season!

To fill the gaping hole that will be left by no Shambala over this bank holiday weekend I though I would remind us all of those hallowed fields of Kelmarsh Hall and share with you 10 reasons why Shambala is perhaps the best festival ever**… and if you haven’t been yet, 10 reasons why you should go!

*Not to be confused with Shambhala in Canada, an entirely different entity with an extra H in its name.
**I never count Glastonbury in these exclamations!

10 Reasons why Shambala Might just be the Perfect Festival…

Shambala are independent AF. This means that not only are they independently owned (30% of the UK festival market is owned by transnational companies!) but they also have absolutely no corporate sponsorship; no ads (unless they’re satirical like the one above!), no big boozy bar partners, no brand activations and they created their own (amazing) festival app from scratch themselves, no data mining here! They’re even using the app and their own media website AIDU exclusively for this weekend’s virtual celebrations and in the process sacking off ol’ Zuckerberg completely! Pretttty impressive.

Small and perfectly formed, the idyllic grounds of Shambala’s not so secret site at Kelmarsh Hall make the perfect end of festival season playing fields… With beautiful woodland areas to explore, a lake (for paddleboard yoga, like above!) and most importantly very easy going FLAT land and super short walks from the car parks its a wonderful setting.

Shambalans are legendary for being the friendliest of festival crowds, with everyone being encouraged to do a random act of kindness over the weekend. The audience features a boatload of shiny happy people of all ages, which leads me neatly on to…

I’ve said it on here before but I LOVE festivals that cater to children; you get to see and meet cute festi-babies everywhere and everyone behaves themselves just a teeny bit more when there are kids around, which I think brings a much friendlier vibe! They have an amazing huge kids area and even the option to send your kids packing on an overnight adventure so that you can have your own adventures! Plus, if you’re just partying kid-free then the campsites are clearly segregated so you shouldn’t have to worry about being woken up by screaming babies at half 7. The best of both worlds!

If you’ve got kids, read Festival Kidz’ Shambala article for the low down on what the Shambala experience is like for families.

On the flip side there are also lots of older people at the festival too which is refreshing in a festival scene that is often overrun by people on the younger side of the scale! When I worked in the Fashpack painting faces I had the privilege of painting people of all sorts of ages and hearing their stories, my favourite was a lady who came back to me 3 years in a row after I gave her some fake eyelashes for the first time.

In 2016 Shambala controversially decided to go completely meat and fish free with their food traders… as a vegetarian myself, this was GRRRREAT news and means I never ever have to worry about tasting someone’s ambiguous looking curry, cause it’s never gonna have dead animals in it! It’s hard to pick/remember my favourite traders because there are so many amazing ones, but I always love Pieminister, Smalls and Flats last year was delicious, Happy Maki, Anna Mae’s… the list truly does go on and on…

You can’t talk about Shambala without talking about fancy dress. The Shambala crowd GO FOR IT when it comes to their outfits! The first four years I went to Shambala I worked in The Fashpack, a fancy dress box of sorts where we dished out accessories, vintage wares and fabulous face paints and we were always busy with people coming in to spruce themselves up!

There are two official themes every year across the weekend, Friday is ‘Freedom Friday‘ where the gender binary goes out the window and everyone is encouraged to experiment. It’s kind of my favourite day of the whole entire year! I’ve learnt two things over the years at Freedom Friday; One, I really, really like men in dresses and two, if you’re getting sweaty and dancing then no matter how much eyelash glue you use, fake moustaches will not stay on your face for very long.

Saturday is the main carnival parade and the theme for each year which is decided every time by a public vote. It has previously been all sorts from Cloud Cuckoo Land, to under the sea and in space. People are encouraged to recycle and reuse as much as possible for their outfits and they really bring it every year, spending months crafting their costumes… you will often see full family efforts and people who looked like professional walkabouts!

I make inspiration posts for festival fancy dress themes here & am always pinning them on my Pinterest boards!

The photo above shows one of my favourite ever few hours of Shambala, last year’s inaugural pageant on ‘Freedom Friday’ which took place in a geodome on The Dance Off stage… you can just about see my face next to my pal Tamsyn’s pink wig, it was so so sweaty in there and I laughed so so so hard. Pictured is the winner, Stanley, played by a woman who was apparently method acting from the moment she got up for breakfast and who pulled off the part of an old man who was quite bewildered/pleased to be at Shambala SO well.

That kind of sums up the vibe haha! I’ve lost countless phones and belongings there and always had them returned, I’ve stayed up past sunrise with strangers who have gone on to become my close friends, everyone is sweet and lovely and it’s all just very silly and excellent!

‘But what’s the music like!?’ I hear you ask!! Shambala will never be a huge-headliners-all-about-the-line-up-poster kind of festival. I think it generally sells out before the line-up is even announced. That’s not to say that the music isn’t great though, you’ll always discover something to dance to and the programming is super thoughtful and diverse, you’ll definitely experience something you’ve not seen before! Whether you want big dance acts from DnB to techno in the Kamikaze tent, late-night jazz in the hidden Pink Flamingo Cafe, neo-soul and hip hop in Phantom Laundry, some feminist punk in Rebel Soul or global acts from across the spectrum in Barrio Afrika, Chai Wallahs, Madame Bayous – there’s so much to experience.

09: All the non-musical activities…

And then you’ve got EVERYTHING else! Power ballad yoga, sensory speed dating, campfire singing, zen meditation, dance-offs, foraging walks, hard-hitting talks and debates, body-positive life drawing, lip sync battles, drag queen bingo, world-class cabaret and plenty more… that was just a quick flick through last year’s programme! Shambala is definitely a participatory experience and there’s always something new each year… like a Kate Bush themed flash mob or last year’s site-wide minute of silence. What will they come up with next!?

Above all other causes, Shambala are known to be pioneering in their dedication to sustainability. As well as the switch to vegetarianism mentioned above they have reached various other impressive sustainability milestones over the years; they are powered by 100% renewable energy, have no disposable plastics on-site, reduced their carbon footprint by over 80% and they have their own charity, ecolibrium.earth, which tackles the impact of travel across the live events industry.

“We see Shambala, as so much more than just a monumental party, it’s a haven, a think-tank, a happening – all infused with a heartfelt, purposeful hedonism.“

So! There we have it, just a few reasons why Shambala really is an amazing place… but hey, shh! Don’t tell anyone yeah!?

Though it’s not going ahead this year, they opened the grounds for four special Shambala flavoured camping weekends this August “Carry on Kelmarsh” and this weekend you can tune into all of their digital happenings via the aidu.tv website!

← The Best Music Festivals in Africa You Have To Experience That Festival Guide to... Wonderfruit Festival, Thailand → 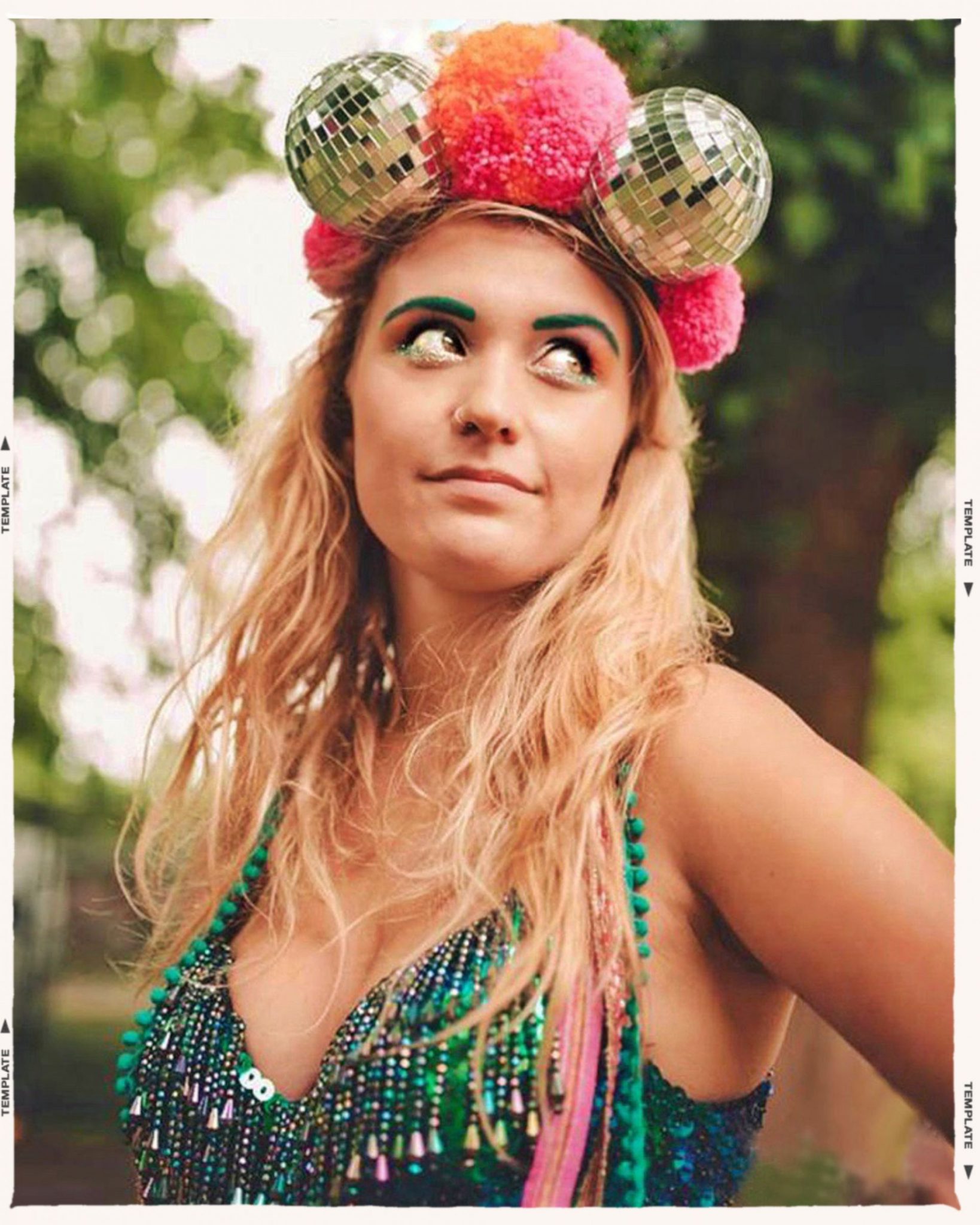 That Festival Life – A festival blog.