How to celebrate Christmas when you’re travelling! My first Christmas in Goa. 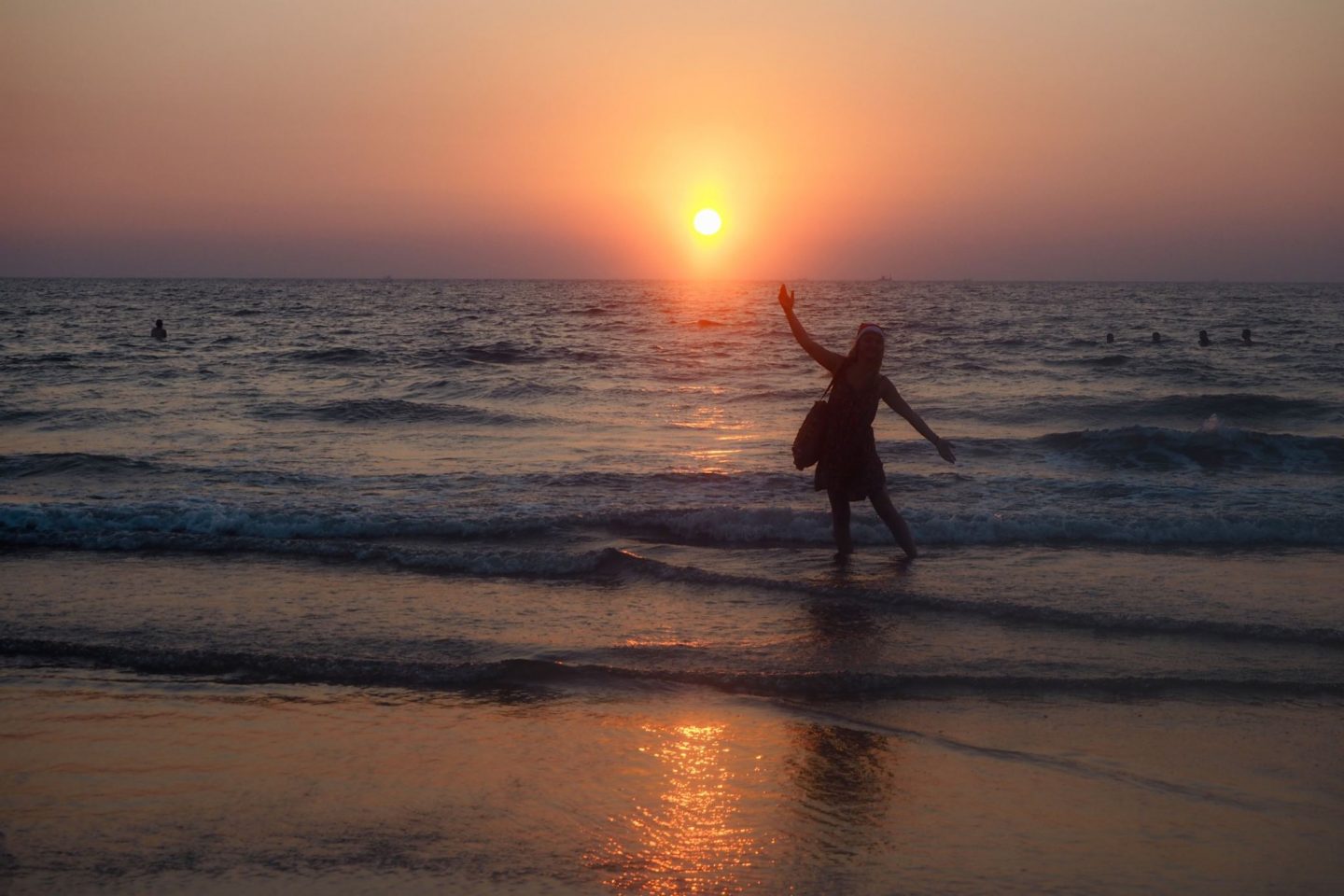 Mandatory Santa hat in the sea!

About four days away from Christmas and I was still feeling very un-festive… as much as I was glad to be away from the barrage of Christmas propaganda that starts in the UK from as early as October, I was also pretty bummed to be missing out on classic cheesy Christmas tunes on the radio, mulled cider at local Christmas markets, endless Christmas parties and even the cosy feeling of an extra pair of socks!

Jamie, one of the girls I was staying with decided she would do something about it made a trip to Mapusa, a larger local town to get in the supplies in…  laughing cow cheese, a pack of crackers, a bottle of unknown bubbly. We settled down with our Christmas Eve feast to watch The Grinch which my friend Rachee had brought from home (along with some cider for me!) started to feel proper festive and then realised that the crackers were full of little bugs! Welcome to India! 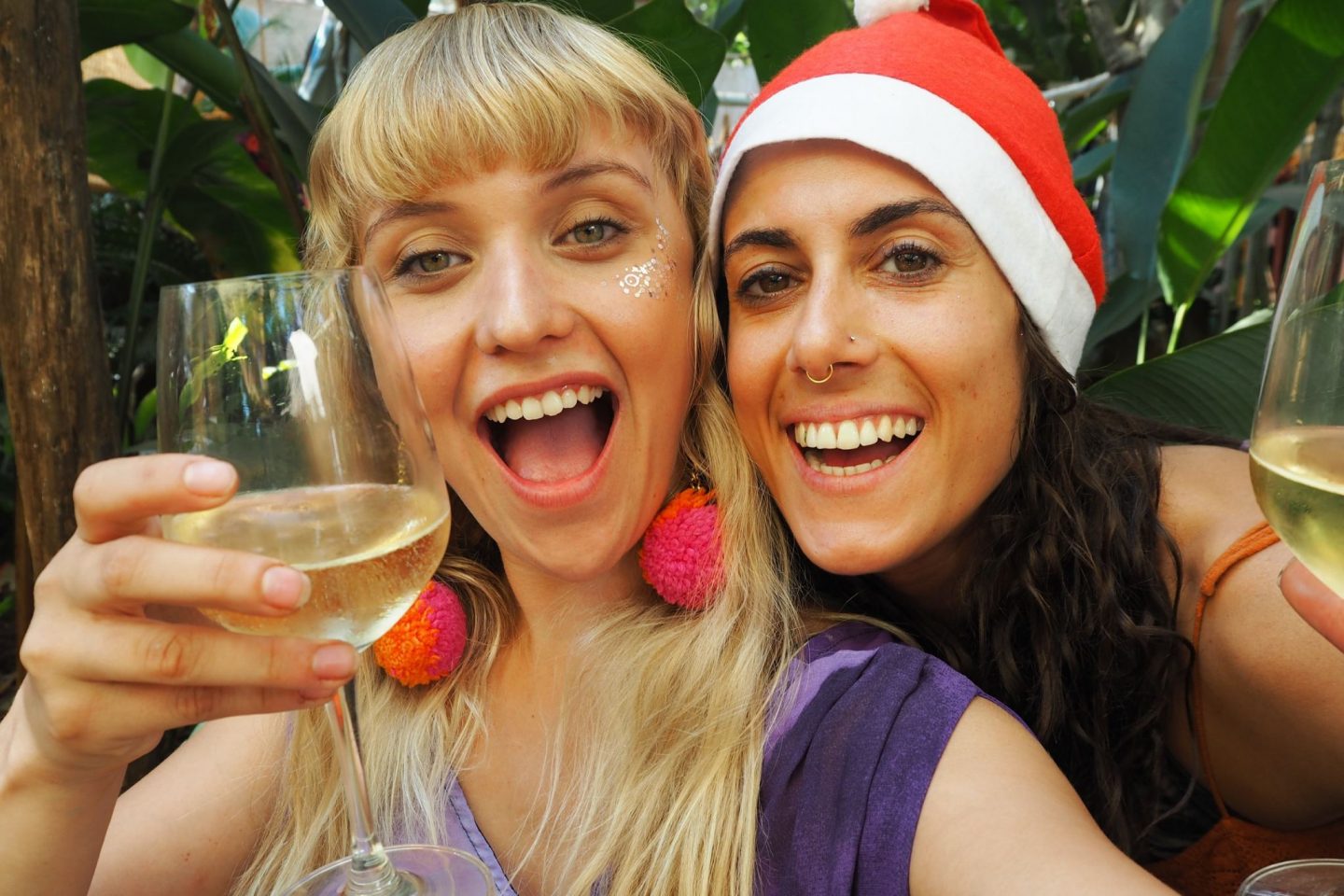 Christmas breakfast the Garden of Dreams

Make sure you talk to your family! I got an Indian SIM card not too long after arriving here, definitely well worth it as 3G packages are inexpensive and often much much more reliable than the wifi. I called my mum on facebook and got passed around to my dad and grandparents as they carried out their Christmas eve festivities and the connection was crystal clear. Technology these days eh? I even received a wonderful video of my grandma dancing around the kitchen after a few egg nogs so I felt right at home.

Get involved in local culture…

Goa is actually 25% Catholic Christian due to Portuguese colonisation centuries ago and as my house was just up the road from a massive church we though that we’d keep some home traditions going and get involved in midnight mass… Indian styley. It was definitely an experience! It felt like the entire town made up the congregation and it was quite an event with everyone from the babies to the grandparents turnt up in their shiniest of suits and spangliest frocks with twinkling lights everywhere in true Indian style. It was an enjoyable but short experience – we made a polite but speedy exit after realising all of the hymns were in Hindi – obviously doh!

Get a gang together & give gifts…

We had a lovely group at Christmas made up of some people I knew from festivals at home and some I had only met in Arambol. We gathered for a festive breakfast at Garden of Dreams (even had some bubbly thanks to Jamie!) followed by some dancing and drinking at the apartment I was living in. 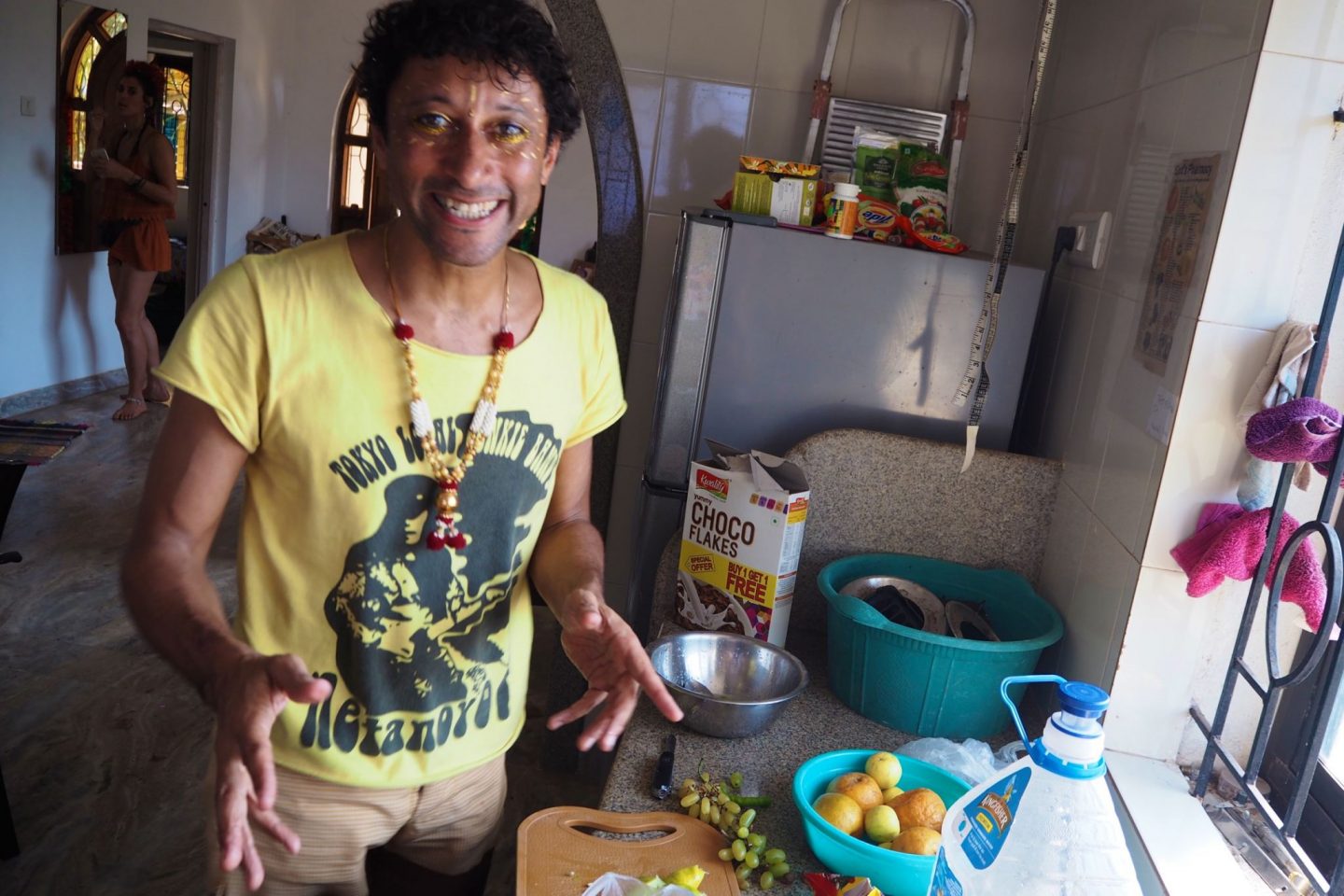 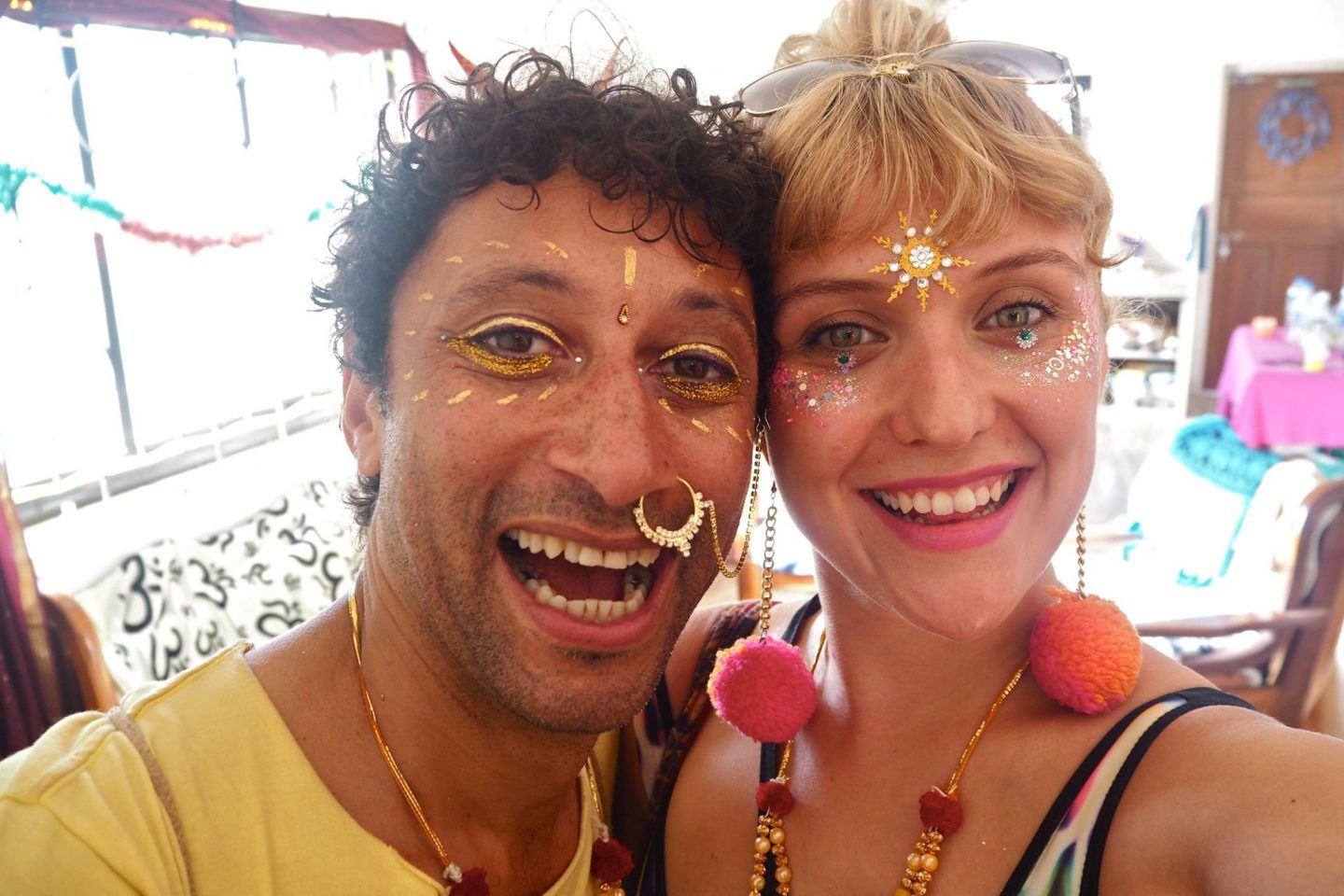 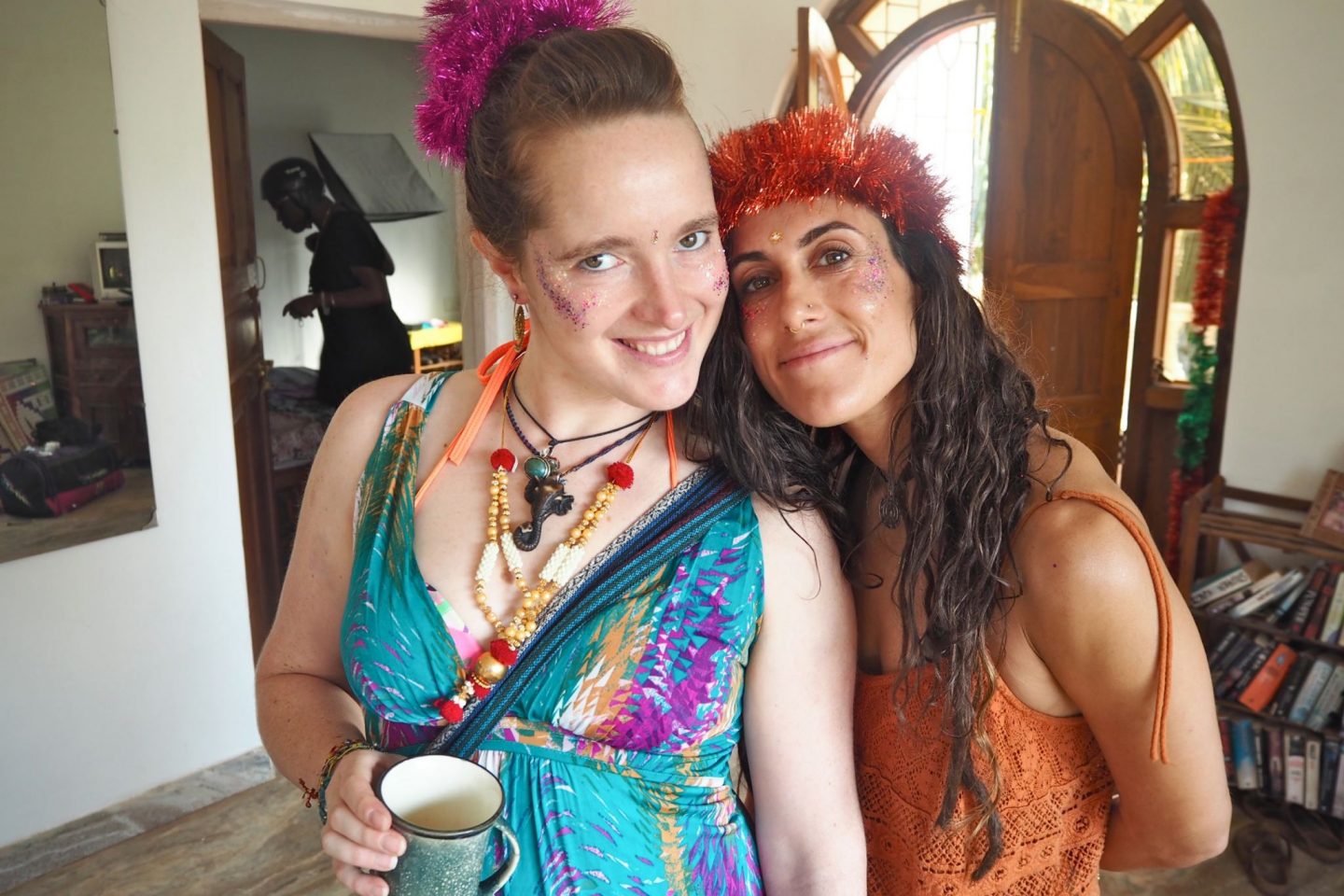 I had decided to make some Christmas stockings for my chums out of some lush Rajasthani style fabric and fill them with Indian stocking fillers like henna, bindis and costume jewellery. I got some cute presents in return and my friend Conrad made his traditional (and lethal) Christmas fruit punch! A nice idea is to do an inexpensive Secret Santa if you’ve got a little group from your guest house or hostel.

We spent the afternoon at the beach, had a little dip in the sea and the night at our local club in Morjim, Rock Waters, for a very un-traditional techno night. 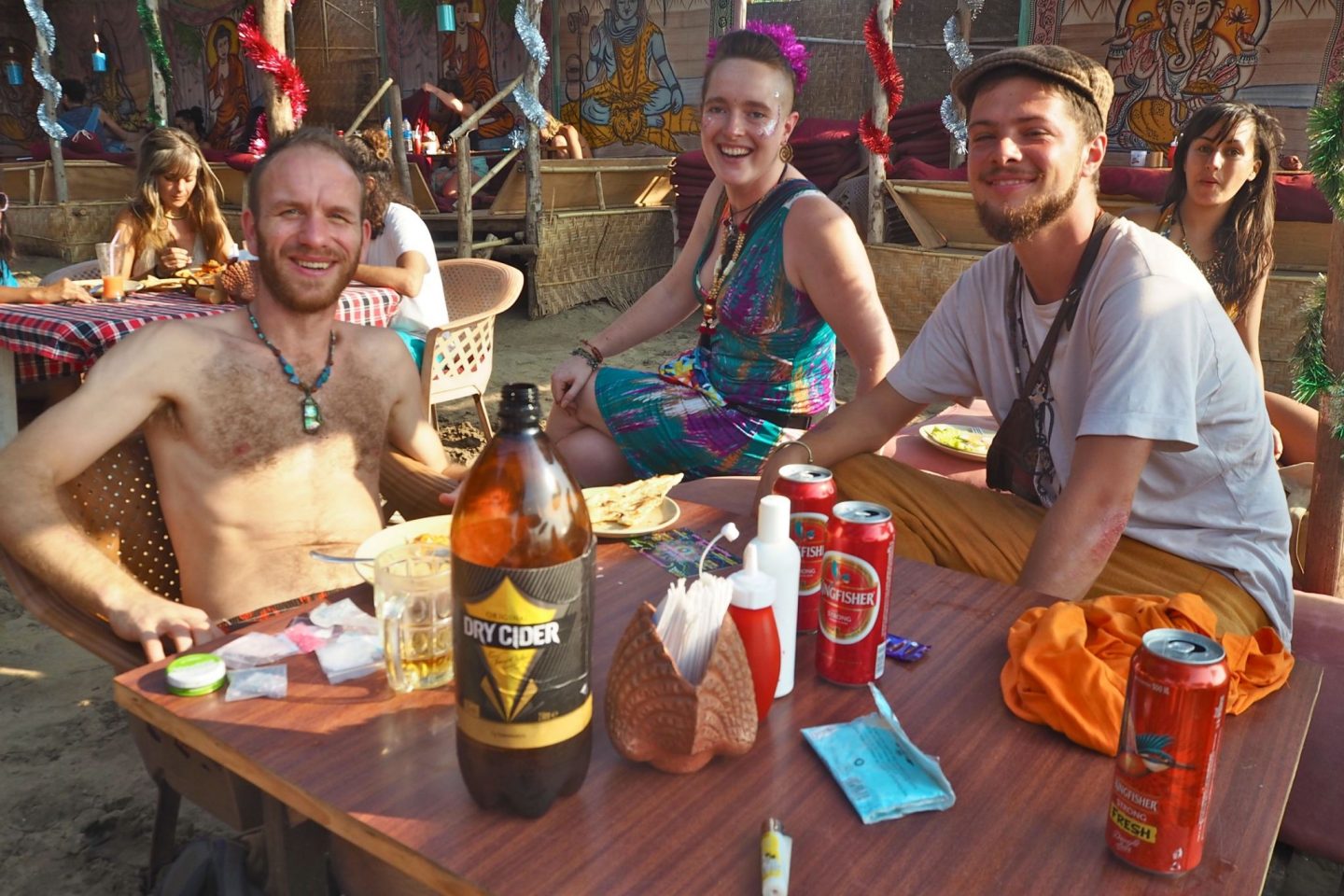 I’m back in Arambol right now wahoo, just in time for Christmas on Monday. 4 degrees in Bristol vs 30 degrees here… I don’t think there’s many places I’d rather be! This year I’m going to a Christmas Eve party complete with secret Santa and then I think for an actual Christmas dinner on the beach! Conrad’s special fruit punch will hopefully make an appearance too..

Have you ever celebrated Christmas whilst travelling? What did get up to? 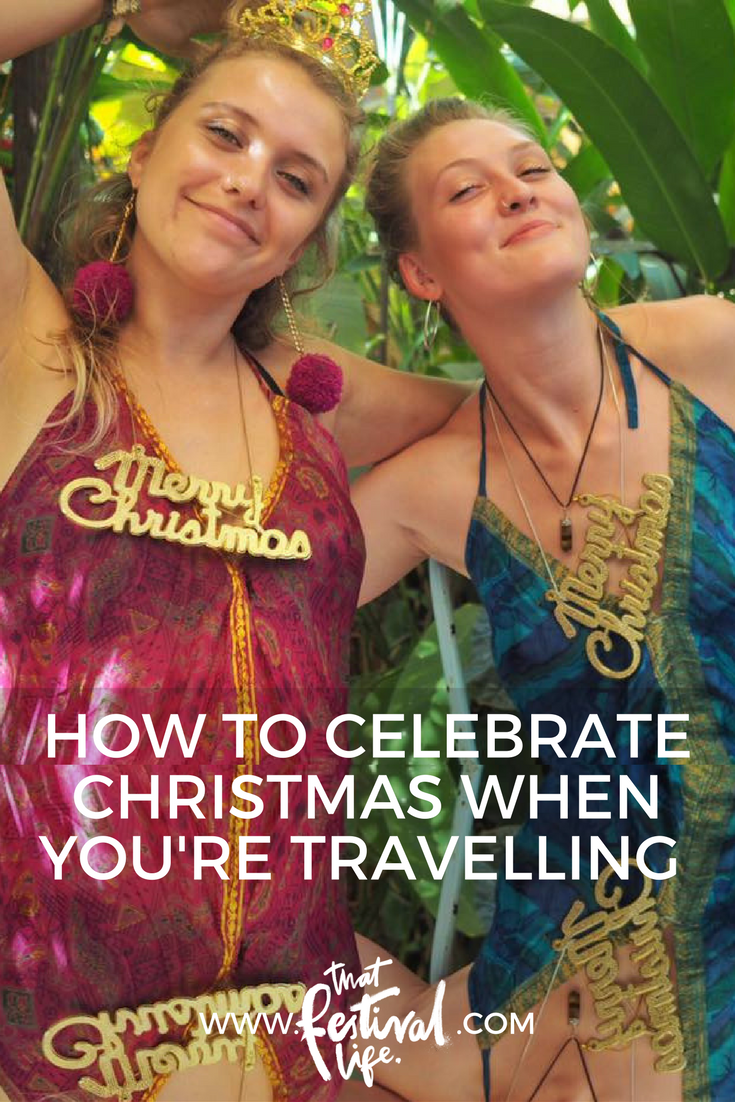