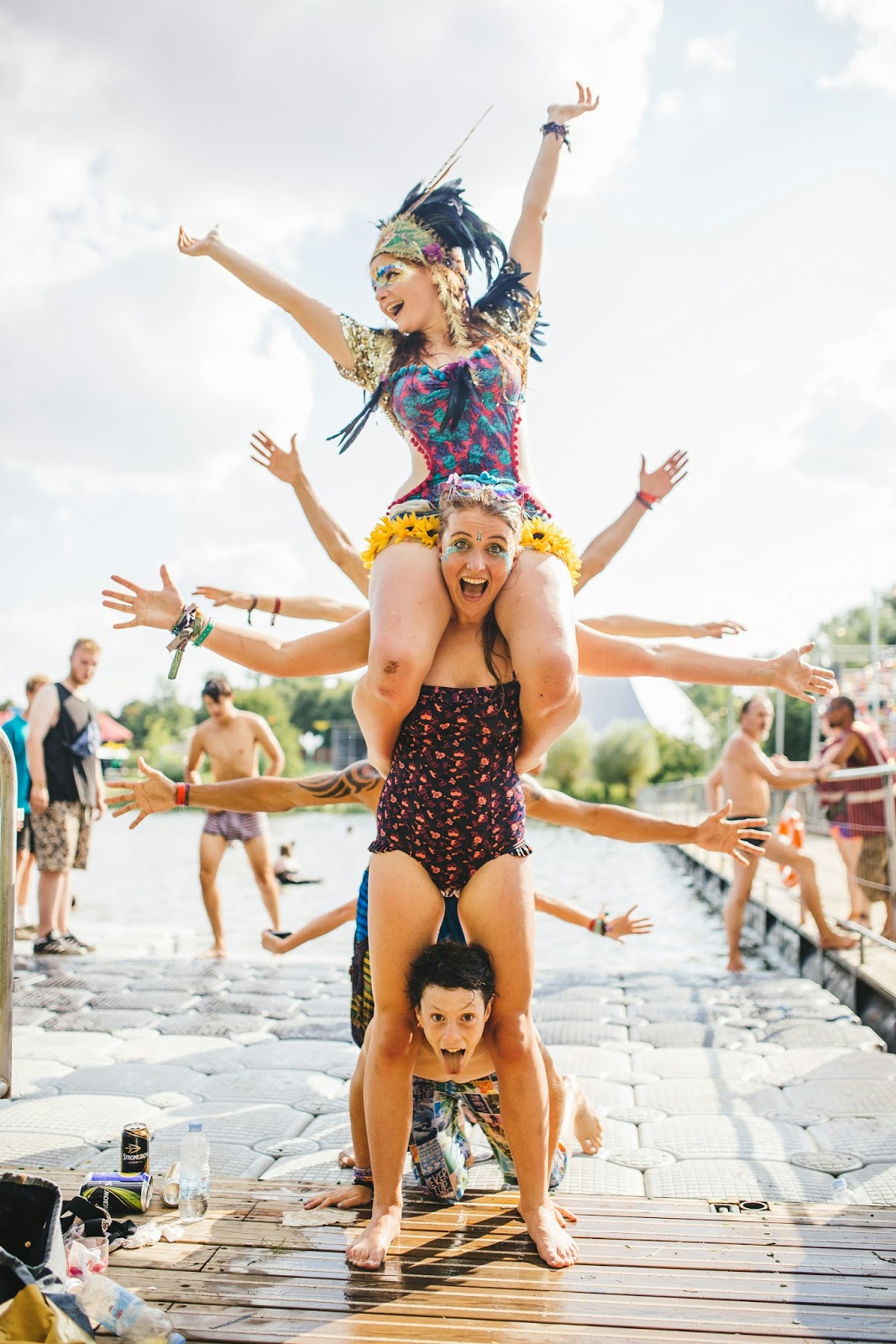 Being a many-armed Hindu goddess of the lake back in sunny 2014.

The Head Gardener has hung up his gloves and trowel and announced that this weekend will be the last hurrah for The Secret Garden Party.  It’s pretty amazing to think of how pioneering SGP has really been, almost becoming a blueprint for UK festivals…

Unfortunately I’ve only been to The Secret Garden Party for the last three years, a fraction of the fourteen years it has been going for. My first one was several years after I’d heard my friends’ excited hype about it, back in 2014 when my friend Oriel and I were offered a very last minute, once in a lifetime opportunity to run our first ever glitter stall. Come rain or shine it has been a permanent fixture and a solid highlight of every festival season since then … Hopefully a few years down the line there will be some sort of new incarnation but until then this is the end of Secret Garden as we know it!

I mean this is a tip I’d give for most festivals but at SGP people really go allll out! Never one to shy away from a subtle bit of social commentary this year’s Secret Garden Party theme is ‘Fame, celebrity and the media that obsesses over both‘. The theme will play a key part in the festival as a whole from the decor and installations to the interactive elements, street theatre and games everything will tie in together.

What will you be? Kardashian, paparazzo,  teen star or strictly AAA V.I.P princess? I’m still not totally sure on my costumes yet but keep your eye open for some Bollywood Barbies on one of the days…

Take their ‘Which Very-Important-Gardner are you?’ quiz… p.s I got Paul Rudd, how beige. 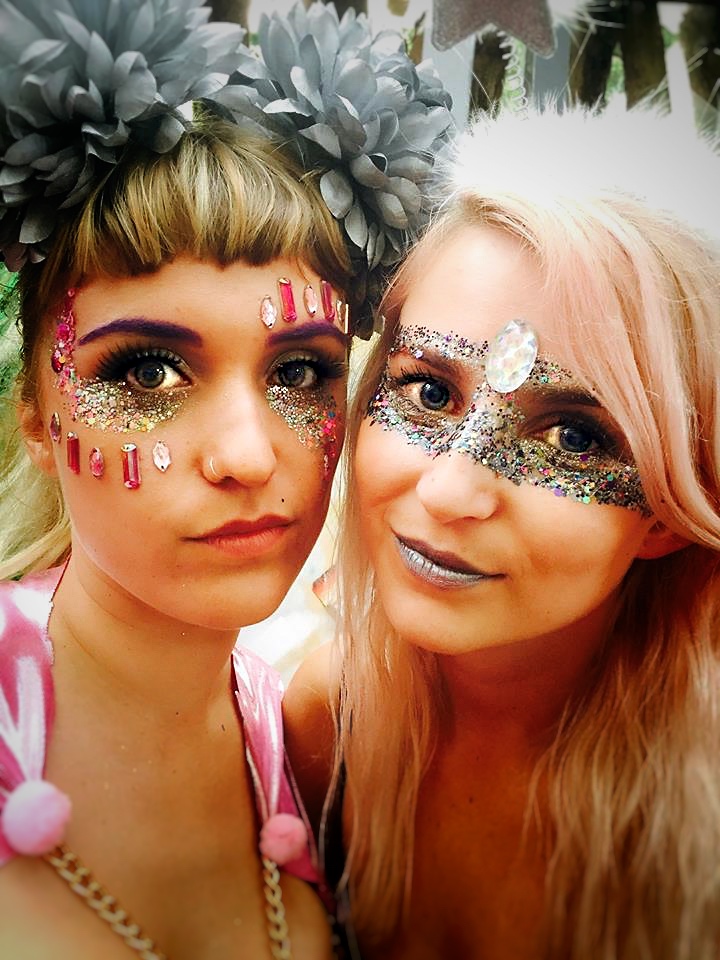 Getting our glitz on last year

Search for the secrets…

Unsurprisingly something that Secret Garden does really well is have lots of little secrets and hidden surprises… One year there was a huge magical field of sunflowers only accessible through a portaloo door, one year an ice rink disco that you reached through a Narnia-esque wardrobe, last year a secret naked swimming lake. Nothing is too ridiculous – a few years ago there were five prince Harry look-alikes roaming around causing untold mayhem! One recurring secret after-party I hope to find this year is the Saturday night Sweaty Lingerie party, which is exactly what is says on the tin!

…But don’t miss the spectacles

Its not all about the small hidden things, Secret is also well known for its big gestures. I plan to get involved in as many of these as possible this year – somehow I always seem to miss them!

The Saturday night spectacle is huge and might end up being the best fireworks that you ever see… a couple of years ago they let down thousands of little LED lights on windmills a few of which had tickets for next year on them. Apparently it was like an entire constellation of stars falling on your head and was incredible… aaand somehow I missed it. I didn’t miss the amazing acrobatic aeroplane show they had once though… up there with the more surreal moments was seeing two little planes draw a giant willy from smoke in the sky!

Sunday night brings the huge holi-esque paint fight in front of the main stage.. aaaand yeah I’ve managed to miss that every year too! The only thing I’ve managed to watch a few times is the big burn which closes the festival on the Sunday night every year. Make sure you’ve got a view of the lake where you can watch the floating island in the middle of the lake, which is designed differently every year to match the theme, being set alight. 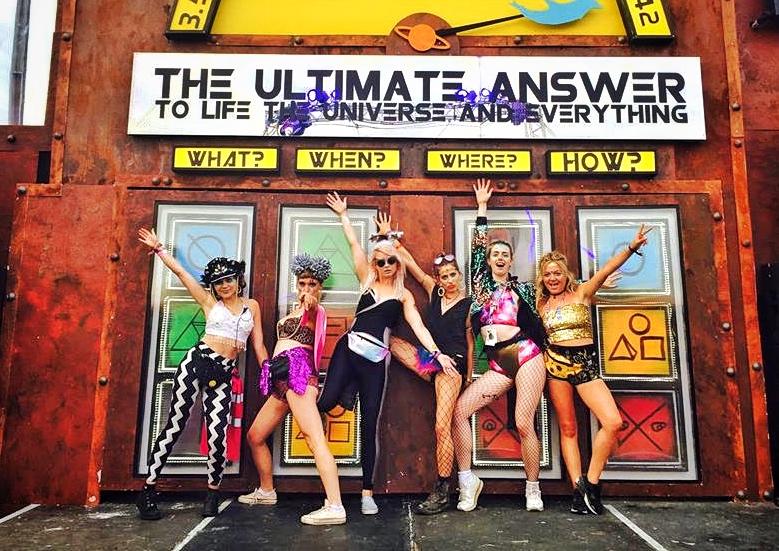 This festival isn’t really about the music, it’s about getting involved in the weird and wonderful. Interactive stuff is everywhere – don’t be shy!

Bearded Kitten’s venue The Collosillyum has silly in the name, head there for ludicrous shenanigans by day and dancing by night… Some of the stuff I’ve seen go down in Bearded Kitten’s arenas across different festivals probably isn’t suitable to be written on the internet and I’m expecting them to pull out all the stops this weekend. Mud wrestling, how high high jump, jelly wrestling, hop scotch scotch scotch, wax strip fighting hung 20 feet up in the air in harnesses… the list goes on and you’ve got to see it to believe it!

The Wonky races area provided one of the best times I’ve ever had at Secret Garden last year with hundreds of huge orange space hoppers in front of their stage on which you could bounce along to the best in RnB and school disco style bangers… we stole one on Sunday night (I don’t endorse that kind of behaviour) and hopped the entire festival site on it – it was amazing.

The iconic The Dance Off  wrestling ring will be back in place so you can show off your best moves in an epic dance-off ’til the death… I swore I’d never do it again, but who knows this might be the year I get back in the ring?!

& that brings us to the last in my list….

Okay I lied… maybe it is a little bit about the music!

The two musical things I’m most excited about this weekend couldn’t be much different from each other. Kate Nash on the main stage on Saturday (extra great because I was so gutted to be missing her 10 Year Anniversary Tour of her Made in Bricks album for Boomtown) and the Hospitality vs Ram takeover at the Collosillyum on Saturday night! I’ll also be boogying to my pal China Bowls who will be gracing the Small World stage at some point over the weekend and I reckon you can expect to find me at the Chai Wallah’s stage in the woods a lot of the time where there’s a constant stream of interesting bands you’ve probably never heard of…

Farewell Secret Garden Party, we’ll miss you. Beans on Toast sums it all up nicely in this little ditty, catch him on the Main Stage on Sunday afternoon.

See you in the garden this weekend & don’t forget … this is a serious party! 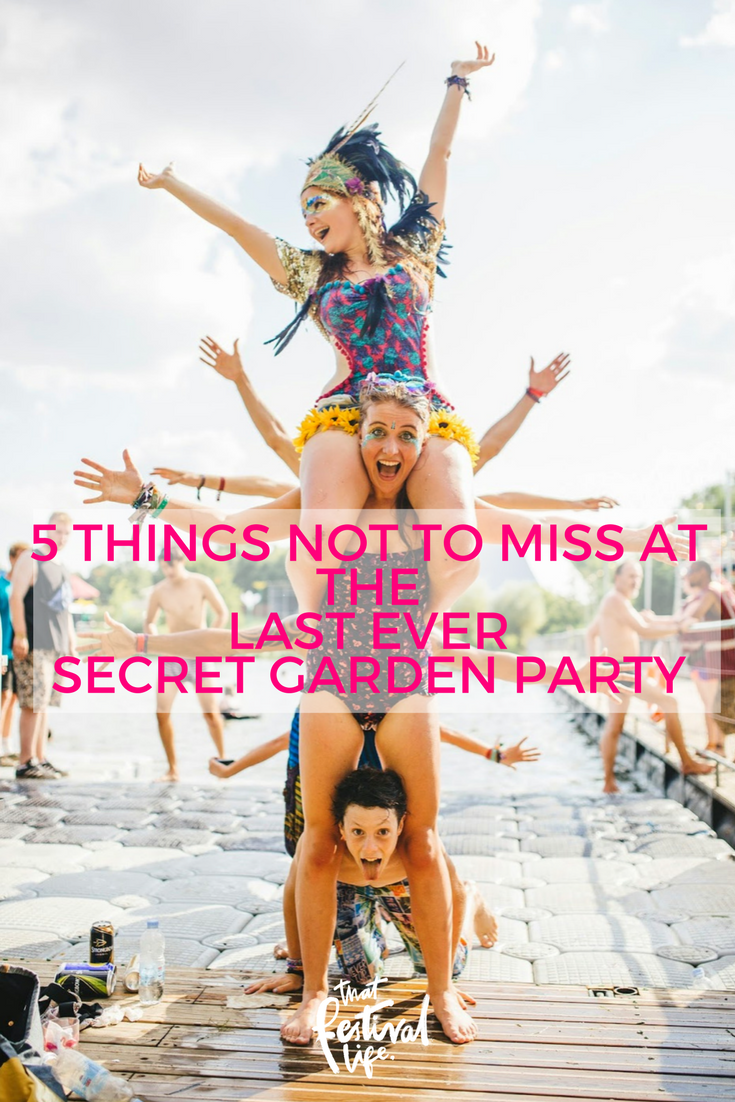